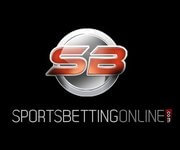 The two teams heading the Super Bowl 2015 have been decided and after two very different championship games it will be the Seattle Seahawks taking on the New England Patriots at the University of Phoenix Stadium in Glendale Arizona on February 1st. While the Patriots brushed aside the Colts in the AFC Championship game running out 45 to 7 winners, it wasn’t so simple for the Seahawks who made a remarkable comeback against the Packers to take the NFC crown and book themselves a place in Super Bowl 2015. The Patriots walked through the Colts defense however the going will not be so easy against a stubborn Seattle who turned things around in a second half display that spilled into OT and then to a winning touchdown. It looked at one stage that the Packers had booked their ticket to the big one, however an onside kick, a fumble and a quick return for a TD put the game back in the balance. In overtime, a superb Wilson throw caught by Jermaine Kearse sent the Seahawks on their way in an attempt to defend the Super Bowl title, however bookies such as Sports Betting Online have the Patriots as a 1 point favorite for the game on February 1st. The line for the Super Bowl is at present Patriots -1 and although that may change as we head to kick off, it won't be changing by much. All US online sportsbooks are of course gearing up for the game and as usual you’ll find a whole lot more than just the spread, moneyline and total available to wager on, and there’ll be a huge amount of team props, player props and more. Here’s a selection of the very best Super Bowl 2015 sportsbooks with all ready and waiting to give you your Super Bowl action!
Play Now